Robin Thomashauer is the president of CAQH, a non-profit alliance that is the leader in creating shared initiatives to streamline the business of healthcare.  She has overseen the strategy and operations of the organization since its inception, over 20 years ago.

Under her direction, CAQH has collaborated with health plans, hospitals and healthcare providers to develop, implement, and manage initiatives that reduce costs and eliminate unnecessary administrative burden. These efforts include the Committee on Operating Rules for Information Exchange (CAQH CORE®), CAQH ProView®, SanctionsTrack®, COB Smart®, EnrollHub®, DirectAssure®, VeriFide™ and the CAQH Index®.

Robin has more than 30 years of broad experience in strategy, managed care operations and hospital administration.  Before joining CAQH she was a director in the health care practice at PricewaterhouseCoopers (PwC), with a primary focus on payer organizations.  Prior to her position with PwC, Robin held senior management positions with Kaiser Permanente, as well as in several teaching hospitals.

Robin holds an M.H.S.A. in Health Care Administration from The George Washington University, and a B.A. in Social Sciences from Colgate University.  She is a Diplomate in The American College of Healthcare Executives.

Sorin Davis is Senior Vice President, Industry Relations at CAQH. With more than 35 years of experience in health insurance, healthcare management, benefits administration, sales and marketing, Sorin has served the healthcare industry from many perspectives. He previously served as the Managing Director of Marketing and Business Development at CAQH.

During his tenure with CAQH, he was responsible for the national launch of the CAQH Universal Provider Datasource initiative, which is now CAQH ProView. Previously, Sorin was executive vice president of MultiPlan, and CEO of its subsidiary, CareAway USA. He was director of labor sales and account management at Empire Blue Cross, and director of claims administration for the Amalgamated Life Insurance Company.

April Todd is the Senior Vice President, CORE and Explorations for CAQH.  She is responsible for leading the CAQH CORE multi-stakeholder collaboration that is driving the creation and adoption of healthcare operating rules for electronic administrative transactions and establishing a common foundation for the operational components of value-based payment. She also directs the research functions for the organization including the CAQH Index.

Prior to joining CAQH, April led data, analytic, strategic, and product development functions focused on value-based care for Avalere, an Inovalon Company. Before her role at Avalere, April established the MNsure state health insurance exchange and served as Minnesota’s State Health Economist. April also previously held roles as the Vice President of Strategic Analysis and Communications for Government Affairs at UnitedHealth Group and as the Director of Competitive Intelligence for United Healthcare.

April holds an MPH from the University of Minnesota and a BA from Beloit College.

Charlie Winters is the Senior Vice President, Finance and Administration at CAQH. With more than 25 years of experience in finance, Charlie has helped a range of organizations manage rapid growth and change. His responsibilities include finance, human resources, office services, and IT security.

He has more than 15 years of experience in the healthcare industry, including VP of Finance at Lumenos and VP of Operations Support at Value Behavioral Health. Previous to his healthcare experience, Charlie spent five years as a practicing CPA at a public accounting firm.

Charlie earned a B.B.A. in accounting from Siena College in Loudonville, New York. 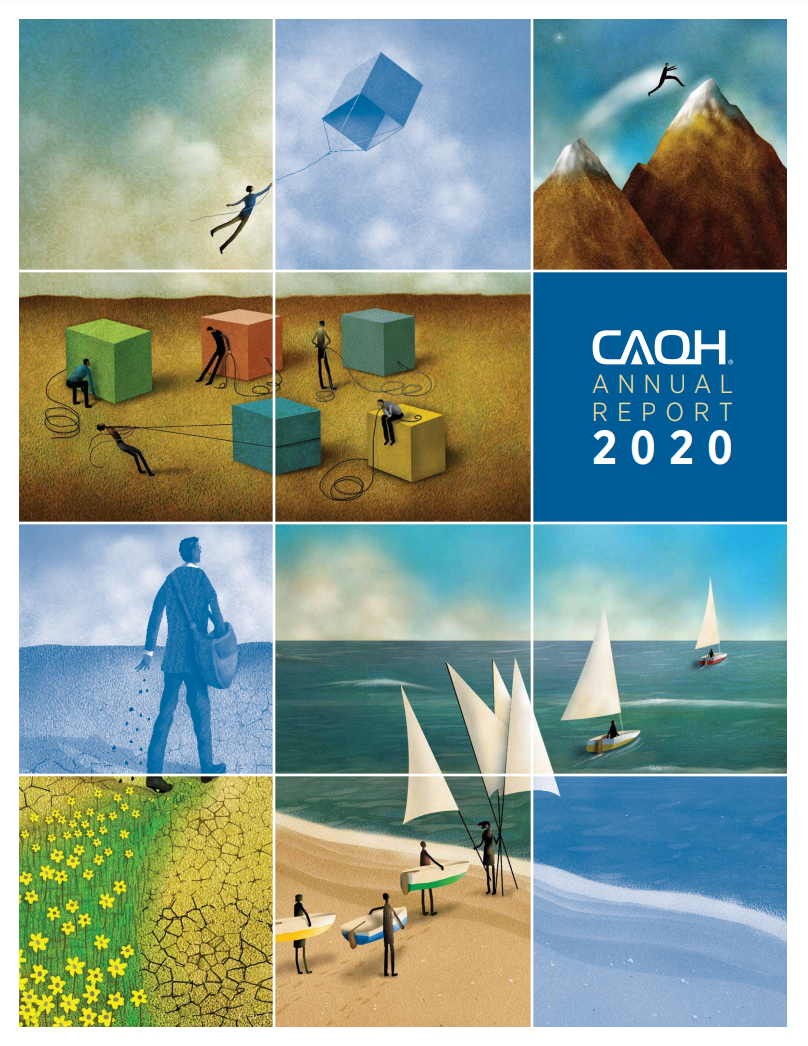